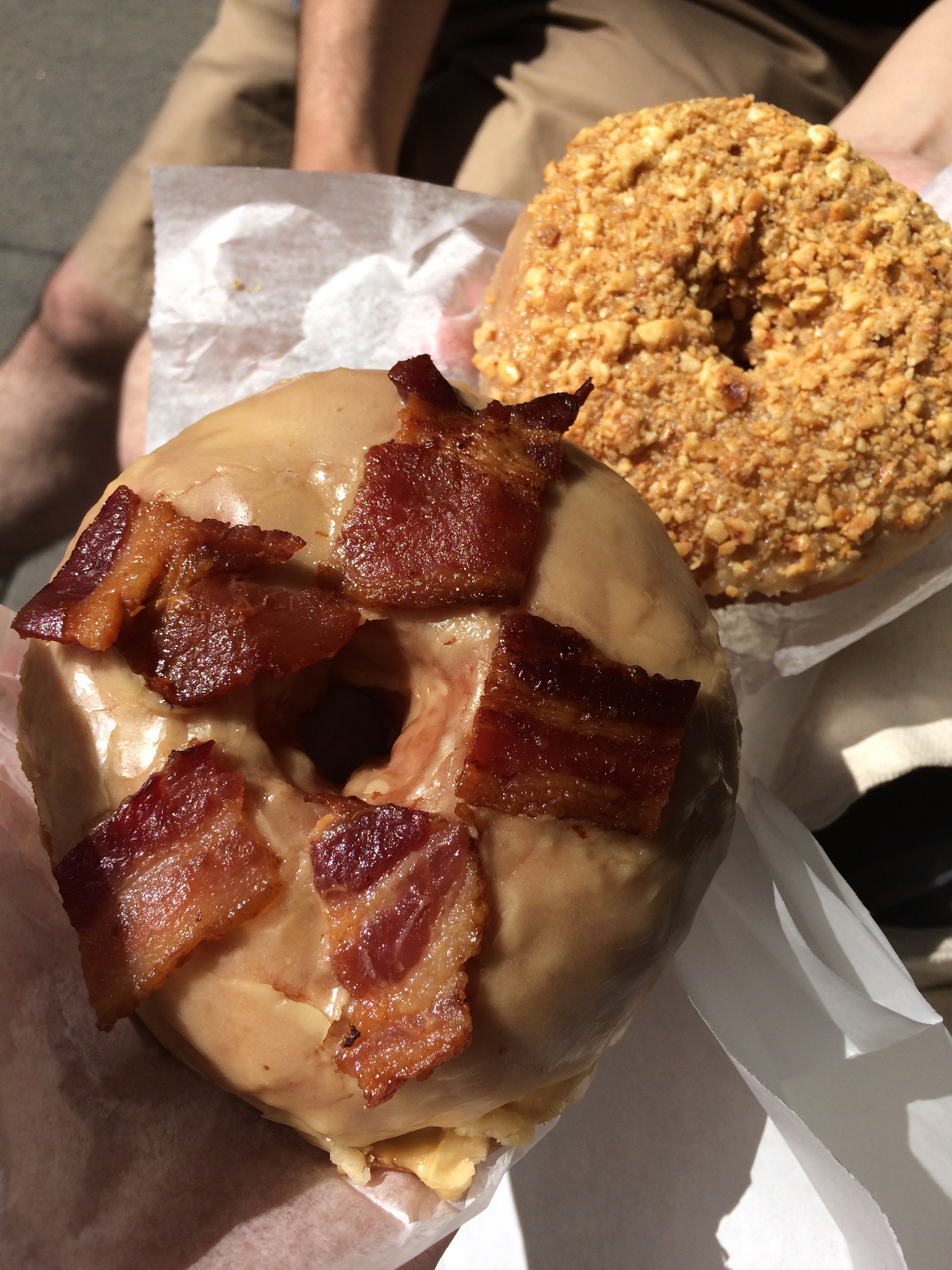 I get asked all the time how I count macros when I go out to eat. There’s a few ways to answer this. In many states, most chain places are required to post their nutritional information for the public to access. There are a few things that determine if a restaurant qualifies for this requirement. Some of my favorite chain places are:

A few months ago, I wrote a post tracking my work trip to Washington DC. While the structure was for traveling, the tips are still useful for those who want to eat out. So how do I count or track when I’m out and I’m not eating at place listed above? I research the menu and determine from what I know to be true about the items in the selection my macros. Yeah, it can be a pain, but it doesn’t have to be. Even if you’re new to tracking or macro counting, you probably have an idea of what 4 ounces of chicken looks like, or what a tablespoon of peanut butter is. I use what I know and a little research to figure out what I want to loosely track.

Here’s how I break it down.

So I figure, if the highest fat donut was 19 and the lowest was 6 and the donut I want will be topped with bacon, but probably not a whole piece, I want to set aside roughly 12-14F. You can adjust when you actually have the donut in your hand. For carbs it’s the same idea, 49 is the highest and 29 is the lowest, you can probably be safe with 35-40C. Because protein is scarce in donuts, but their specific recipe can make a difference, I usually take the higher end if it sounds reasonable – so 4P.

This past Saturday JP and I shared the Maple Bacon from Union Square and the Brown Butter Hazlenut Crunch. We estimated based on the amount of bacon on the donut and the size; also the fact we each eat half that setting aside 14F/50C/4P total was reasonable. You’re not going to be perfect when you guess, but it’s pretty close and if you really want to track these items it gives you some wiggle room if you over estimate what to set aside.

Is this a pain in the butt? I mean, it can be? But you can also just look what other donut companies use and say okay, I” use the Dunkin Donut macros for a basic maple cream donut because it’s the highest and call it a day. You can be as detail oriented as you want. For me, it’s important to hone in on my macros to make sure I’m eating enough. I’m in the 3rd week of my reverse and by being very detail driven it allows me to see how much I can consume and continue to maintain my weight. The more I can consume now and the more fun I can have with food, the higher my cut will be in the future when I go into competition prep again.

When I’m interested in having something that may be harder to compare to I do a few things:

There’s a restaurant called VIA Italian Table. It’s fantastic. Some of the items are super heavy because it’s Italian, but some of the menu entrees are pretty light. Their dinner menu has a Tuscan Herb & Crumb Crusted Haddock listed as a seafood entree. It’s served with Tuscan roasted potato and green beans sauteed in garlic and cherry tomatoes. This fish weighs usually around 8 ounces according to the hostess to double checked with the chef. A raw piece of haddock is roughly 1.5F/0C/42P. That’s what google tells me. If the entree is baked then they use the breading and usually butter – that’s what baked is for many restaurants and Italian cuisine. I ask to have it broiled and without the breading. I actually am not a fan of the breading and without butter I save fat. The greens don’t have a ton of nutritional value and I prefer other greens, so I ask if I can substitute for asparagus. The asparagus is sauteed so there’s a little oil and the potatoes are roasted so again a tiny bit of oil. Since I’ve had this dish before I will either eat only half the fish if I want to have other protein throughout the day or I’ll eat the whole fillet and keep my carbs a little higher over protein. This dish taking what I know about red potatoes, asparagus and the fish I’ll set aside about 10F/20C/42P.

Again, it’s guessing and hoping that you’re eyeballing some of the meal appropriately, but unless you are in a competition setting there’s no need to beat yourself up over a few grams here or there.I figure, if I’ve made good choices the rest of the day, I can have a treat and not feel guilty about it. There are a million things to be stressed out about and having dinner out for date night shouldn’t be one of them.

There are a ton of things I make in the kitchen often enough like chicken, rice, broccoli – even slicing tomatoes that I know some of the information off the top of my head. Guessing is allowed and there’s more to being healthy then being perfect. I mentioned above that for me being as accurate as possible is important, but I also eat donuts and cupcakes at least once a week. A little extra digging gives me piece of mind and the flexibility to do that.

As I find more nutritional information, I will put links in the Because It Fits Tab for quick reference.

This site uses Akismet to reduce spam. Learn how your comment data is processed.