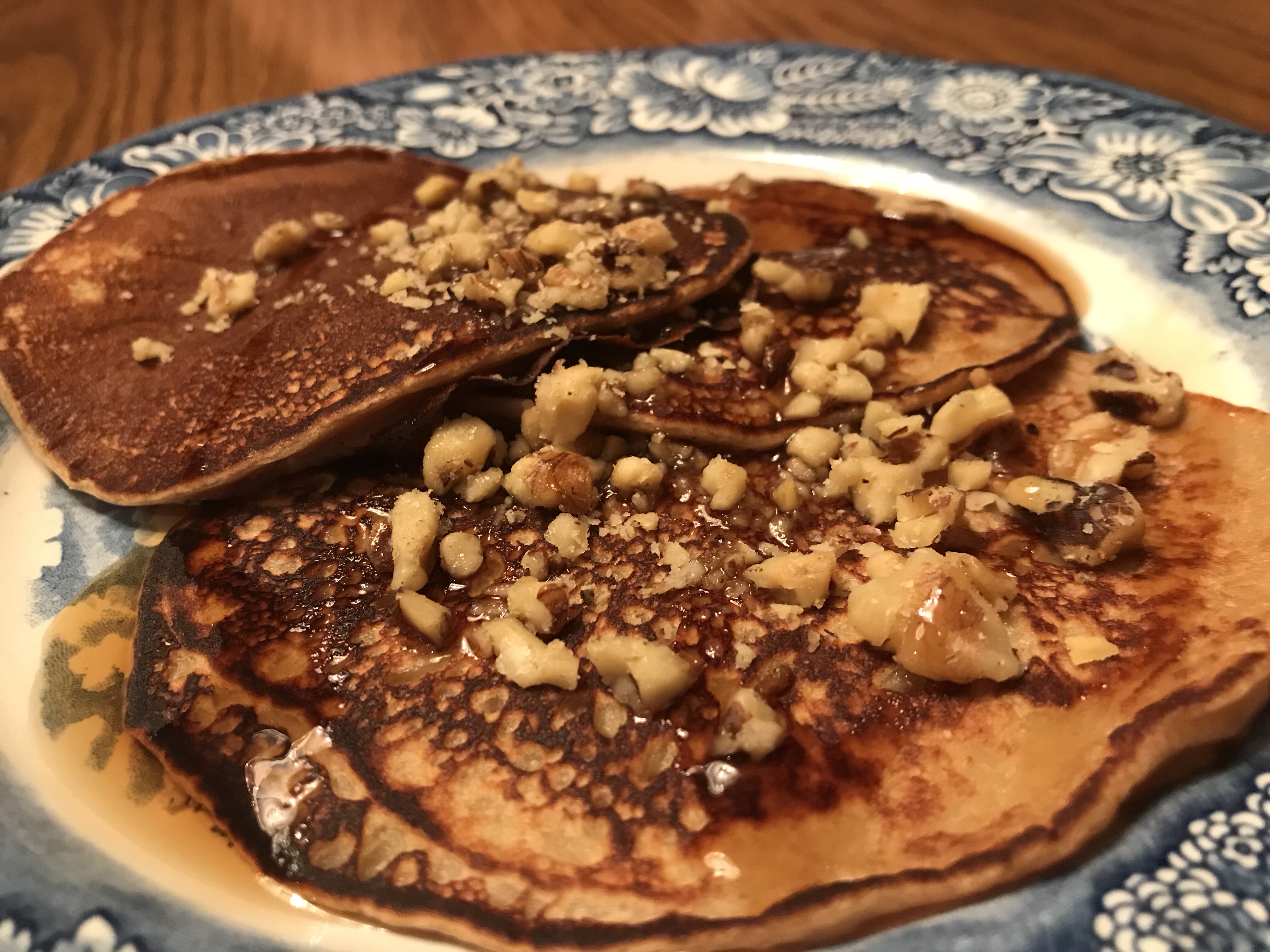 Updated – One of the most popular posts on this blog is my recipe for protein pancakes using Kodiak Cakes pancake mix from a few years ago. Kodiak Cakes Powercakes protein pancake mix was released in 2013, well before I created my recipe in 2015, but had been tough to find locally. So that recipe utilized their standard mix as a base – it’s one of the simplest recipes I have on this blog.

While their mixes have gone through some changes over the years since their release, they’re still a staple. They’re easy and taste good. However, there are times when the mix runs out and improvising is necessarily.

Honestly, I’m sure like a lot of you, I scroll Pinterest (or the internet) when I need ideas. I’ve cleaned up my boards a bit and started to be more realistic with myself with what I pin. There are a few stretch recipes there, but it’s a lot less. So, I looked at my Pinterest boards to see if there was anything I had pinned that I’ve wanted to try and then I searched for something new when I didn’t see anything I wanted to make.

I knew I had a banana on hand, but while I’ve tried those banana and egg pancakes, they’re not my thing. Here’s the recipe that inspired this batch of pancakes.

1. In a medium bowl, combine a medium-sized banana and whole egg using. I used a whisk because the batter won’t be super thick, but may have banana chunks.

2. Add all-purpose flour leveled in measuring cup. I had started with a 1/4 cup and then went back to add an additional tablespoon. Using a full 1/3 cup would be completely appropriate.

3. Add a splash of vanilla. This is really about taste. You could also add some cinnamon if you wanted to as well.

5. While the banana is sweet, I noticed the pancake batter was really plain without a sweetener of some kind. I used a teaspoon of brown sugar, but you could use honey, maple syrup or an alternative like Splenda/Truvia. Just be mindful different kinds of sugar have different levels of sweetness so you may not need as much.

6. This step really is optional, but if it’s left out then these aren’t really protein-y pancakes. Protein powder. I used 10g, which is about 1/3 of a scoop of protein for PEScience.

* For rough estimate, I divided the batter in half and called it good enough.

7. Heat a medium or large skillet to medium heat so you don’t burn the cakes. I used a little cooking spray on the pan, you don’t need a lot and depending on the pan you may not need to spray in between cakes. Oil would also be fine. Pour batter to pre-heated skillet and cook on each side for just over a minute. This is relative to your pan and how it contains heat.