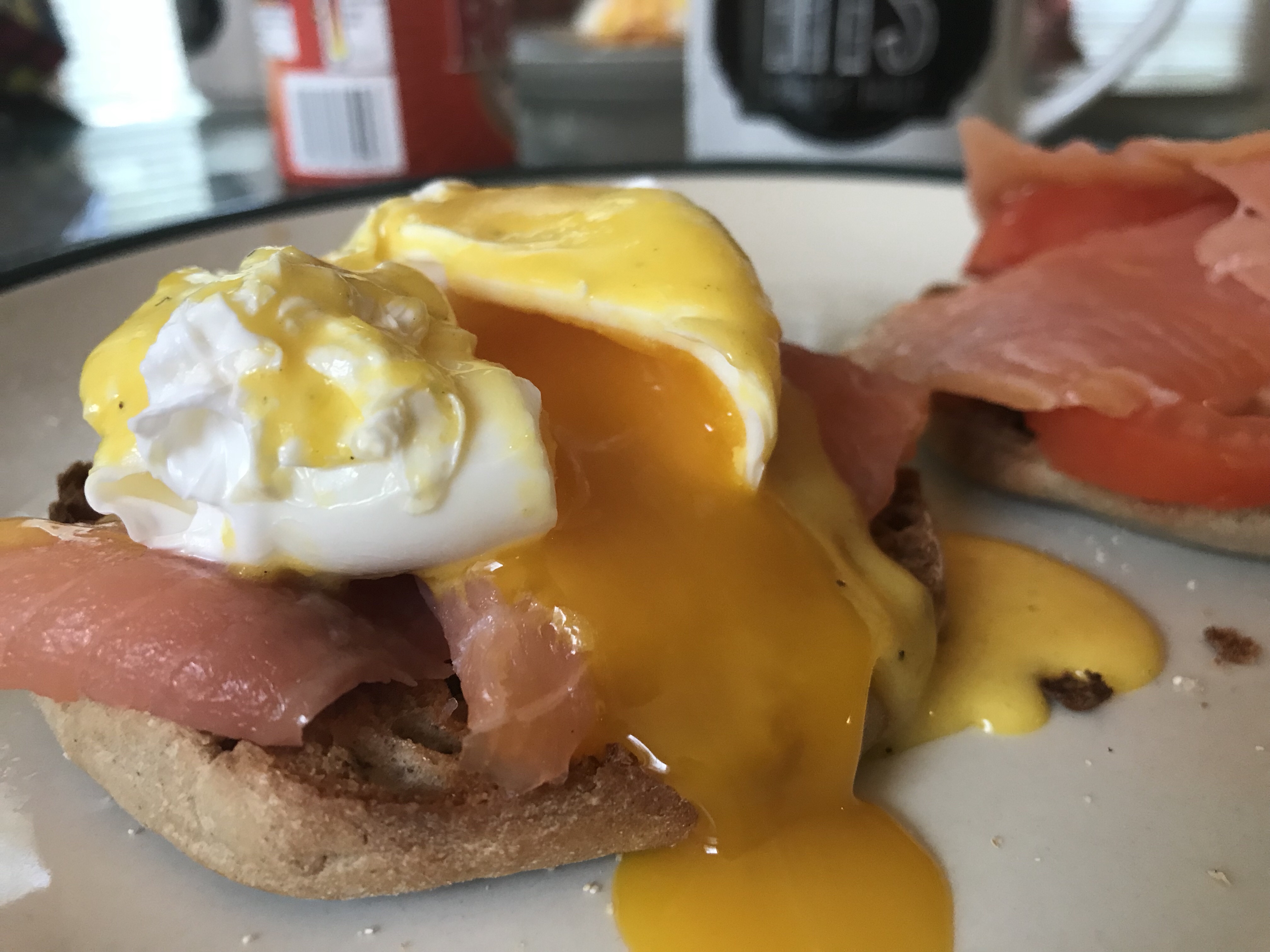 I had never poached eggs until this weekend and holy moly – it’s a lot easier than I thought it would be.

My favorite egg style is sunny-side up followed by over easy. I won’t pass up a frittata or an omelette though. Scrambled is fine, but I guess to me, it’s a bit too plain.

I never seem to get the timing just right on hardboiled eggs no matter how many times I try and while I’ve improved, I’ve ripped a number of omelettes in the flipping process – trust me, it wasn’t pretty.

I started including salmon in my diet a few years ago after I had tried smoked salmon and to my surprise – enjoyed it. I’ve tried salmon steak and salmon burgers, and liked them all.

It’s common to use smoked salmon on a bagel or toast with cream cheese, which is probably my favorite way to have it other than sushi, but feeling creative, I wanted to see what else other breakfast dish I could make with it.

First of all, I looked at a few different sites to poach an egg and I wish there had been more consistency because some were just awful. The first one resulted in an egg in the trash – so sad. Thankfully, after reading through more recipes I was able to get it right, but I mashed up a few suggestions.

What You’ll Need for Poaching

The vinegar helps prevent the egg whites from separating and as the water boils the whites start to cook into themselves and appear as though they were cooked in the shell of the egg.

What You’ll Need for Hollandaise Sauce for 2

If you want to add a grain, I would recommend toasting it so that it’s sturdy. You could also eliminate the grain and add starch like a baked or roasted red potato or sweet potato and that would be equally fabulous. Think homefries!

Notes: You can also change out the butter for ghee if you wanted and would still have a similar taste and texture.